Reviewing scientific literature can be a bit like trying to negotiate a maze with the lights turned off. For years I was fumbling around in the dark, but didn’t realise I was missing out. Now the Open Access Button campaign wants us all to hit the switch and turn on the lights.

After I left college, I worked in the hospitality industry. Science interested me, but my interest was limited to newspapers saying “A new study shows … ” and the occasional popular science book. I never tried to look up the actual source studies – I just assumed that the story was accurately reported and left it at that. 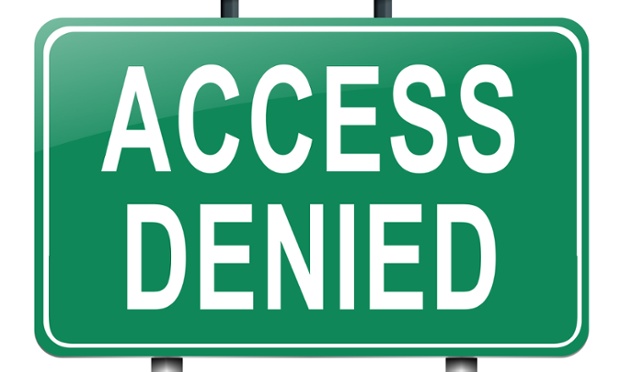 Paywalls keep most of us in the dark.

Then a sudden illness made me more interested in population health. I started reading with a sense of purpose. On Twitter I followed the discussions among scientists working at institutions around the world. They often shared links to scientific papers with each other, stuff that sounded really interesting and that I wanted to read. But I couldn’t. If I followed such a link, I’d find that I needed to pay £25 or more to download a single pdf file. How the heck were these science types able to keep up with developments in their field? Were they all secret millionaires? I clearly couldn’t keep up when, living on the minimum wage, it would take me half a day’s work to earn the right to read a single paper. I realised I was being prevented from learning more, from examining the details and seeing the evidence for myself. I was shut out of knowledge.

The scientific publishing world is dominated by journals produced by companies such as Elsevier, Nature Publishing Group and Wiley. Journals are the basic scientific currency, the way ideas are communicated. But they’re often only available by subscription, and most subscribers are academic institutions and libraries. Readers usually rely on being part of an organisation that subscribes to them because subscriptions cost a small fortune. In fact, the subscription price of journals has risen at nearly four times the rate of inflation since 1986, so it’s hard to keep up any other way. Even some institutions and libraries are now dropping subscriptions to journals – they can no longer afford it. And as neither the authors of published papers nor the experts who carry out peer review for the journals are paid for their work, such charges can seem perplexing.

Thankfully this isn’t the case for all scientific publications. Online journals such as those published by PLOS (the Public Library of Science), BMC Seriesand Peer J are free to all. When I started out on my journey they gave me a torch to find my way, to gain experience of reading papers and discover how they are structured – without threatening me with bankruptcy. The ethos of these journals is that science is not a privilege but a right. It’s something for all of us.

But I needed a wider circle of light.

I didn’t realise how much I was missing until I went back to full-time education a year ago. Suddenly, through my university portal, I had access to subscription journals and my world opened up. It was like being able to see after a cataract operation, or being able to hear after getting a cochlear implant. But it also made me angry. It made me realise how little scientific information the average person sees – even though, through the funding system for research, it’s often our taxes and charity donations that pay for it.

In the past couple of years the science community has seen momentum for change building up around open access, based on the idea that paywalls inhibit further research, innovation and good old-fashioned learning. But how do we even know people are missing out when their only reaction to a paywall is a deep sigh of frustration? One of the most innovative ideas has been to give people a “button” they can press each time they hit a paywall that blocks their access to research findings. After a successful beta launch by creators Joseph McArthur and David Carroll last year, the Open Access Button project has tracked more than 6,500 paywalls. But they know they are only scratching the surface. The project is now seeking crowdfunding for a second phase, and to ensure a fully tested version can be launched in time for Open Access Week in October.

“For the team, tracking people being denied access to research is just the start,” says McArthur. “We’re committed to helping people find the research they need. We ensure the data makes it to the people who can change how this system works. We’re also building features into the Button which help people track down available copies of the research immediately.”

If my doctor prescribes me a medicine, I want to be able to look at the studies that led to the decision that this was the best thing for me. If someone tells me that eating a food has health benefits, is it so wrong to want to check the source studies of that story? Why should a keen astronomer or geologist be denied access to a new theory simply because they work in a bank, not at a university that can pay access fees on their behalf? It’s time to bring scientific knowledge out from the shadows, and turn on all the lights.